Liposuction, also known as suction assisted lipectomy is a surgical procedure designed to remove pockets of excess fat that are resistant to diet and exercise.

The most frequent areas treated are thighs, hips, buttocks, breasts, abdomen and neck. The technique is also used to remove “men boobs” or gynaecomastia.

How is liposuction done?

The area to be treated is usually injected with solutions of saline, local anaesthetic and adrenaline to fill the tissues (tumescent technique). A small tube called a cannula, connected to a strong vacuum pump, is inserted through the skin into the fatty tissue via incisions placed in inconspicuous locations. The surgeon moves the cannula around under the skin to remove the unwanted fatty deposits. The result is a resculpting of the bulging areas as the skin retracts.

At present I use Ultrasonic Assisted Lipectomy for large areas and a special syringe for very small areas. New techniques and machines are constantly being developed.

What is Ultrasonic Assisted Lipectomy (UAL)?

This complements traditional tumescent liposuction. It uses high frequency sound waves to liquefy the fat and facilitate aspiration. It acts primarily on the fat cells rather than on blood vessels or nerves and helps achieve smoother results, remove difficult fibrous deposits and aspirate more fat as well as reduce bruising.

Which patients are the best candidates for liposuction?

The swelling following liposuction can take a long time to settle so the full result of the operation may not be seen for up to six months. Bruising is a feature, but less with UAL than with traditional liposuction. Skin discolouration may occur but is usually temporary.

The treated areas are often numb for several months.

Postoperatively you will have several small stitches to close the incisions. You will wear a snug elastic dressing, girdle or body stocking over the treated area for the next several weeks. You will go home after the procedure and rest for at least 24 hours, after which you may gradually increase your activity as tolerated. After two or three days you may resume non-strenuous activities.

What are the limitations of liposuction?

May I emphasize that liposuction is not a treatment for obesity. The amount of fat that can be removed from a localized area is limited by what is safe so one may not be able to slim down as much as one may like. The result is measured in inches rather than pounds. The aim is an improvement in body contour rather than a weight removal.

If the skin is inelastic and loose to start with, liposuction in that area will then tend to leave the skin more loose and a skin excision is recommended instead to correct this either at the same time as the liposuction, or as a second procedure.  Dimples and cellulite will not be improved by liposuction.

It seems that after puberty we do not create new fat cells. So removal by liposuction will get rid of the cells permanently. However you can still gain weight and then the remaining fat cells will expand.

What are the risks of liposuction?

·        Most patients don’t run into problems.
·        However it is important to be as fit as possible before the surgery and stop smoking.
·        There is some bruising with the procedure, so you should not be anaemic or take aspirin or anti-inflammatory drugs for two weeks prior to the surgery.
·        There is a small risk of infection and thrombosis of the veins, so you should discuss stopping the oral contraceptive pill if the liposuction will be extensive.
·        Thrombophlebitis, an inflammation of the veins, may occur around the inside of the knee and inner part of the upper thigh when these areas have been treated. This settles over weeks.
·        Contour irregularities may occur, which usually settles in time. 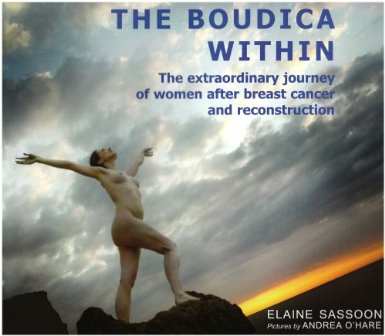 Miss Sassoon uses special comfortable post operative bras sourced directly from the US. Additional bras are available for purchase at cost price of £70..